By Walter Harvin July 29, 2018 in Featured Events No Comments 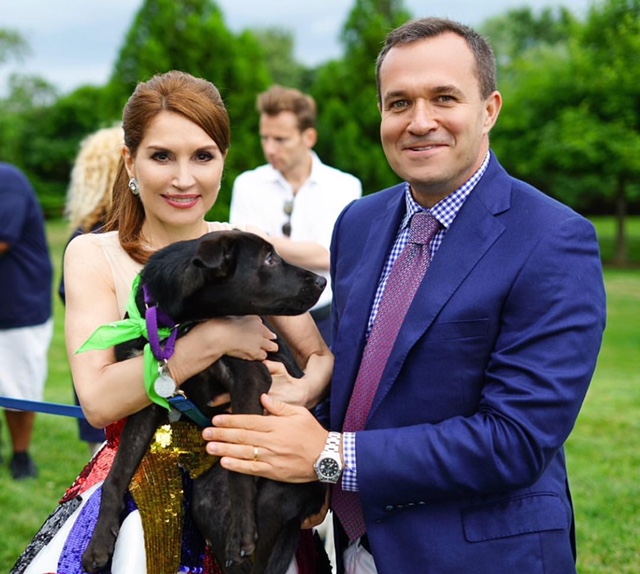 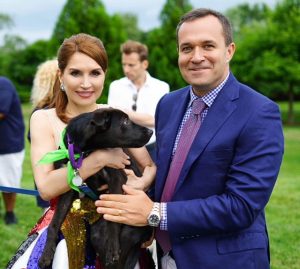 The Southampton Animal Shelter Foundation (SASF) held its Ninth Annual Unconditional Love Gala on Saturday July 21st at a beautiful private residence in Southampton. The event sold out for the ninth consecutive year with all proceeds donated to Shelter’s crucial initiatives and daily care of their rescues.

The Foundation’s Board of Directors led by Board Co-Presidents Clifton Knight and Beau Hulse hosted this year’s event. Gregory D’Elia served as Gala Chairman and Katie McEntee, who is the Shelters Director of Adoptions, served as Junior Chair. Jean Shafiroff, who is Ambassador at Large for the Foundation, served as Honorary Chair. The event’s corporate chairs included Allen & Company, Barbara and Robert Liberman and Stifel.  Thirty shelter pets, beautifully groomed for the evening, were on premises for the Gala and deemed Event Honorees.

Mr. D’Elia and his family have been dedicated supporters since the Shelter’s inception. His sense of community history, and perspective on events and community happenings, put him in a unique position in setting the vision for this year’s Gala. The Gala was held at the stunning Southampton waterfront home of Sandra McConnell. The Foundation is immensely grateful to her for her generosity, which contributed to the huge success of the Gala, and made the evening extra special for all attending. 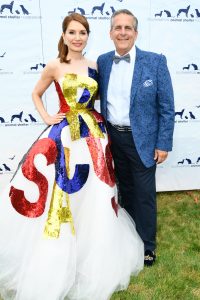 The “Junior” contingent for the evening, with nearly 50 attending, was tremendous and contributed to the energy, vibrant spirit and excitement of the evening. Juniors included Merritt Piro, Charles McConnell, Christina McConnell, Kelly Deneny, Jenny Dwork, Sarah Vacchiano and Marcy Callahan.

The Chris Norton Band was fabulous, providing music for the evening.  Robbins Wolfe Eventeurs treated guests to a wonderful dinner. 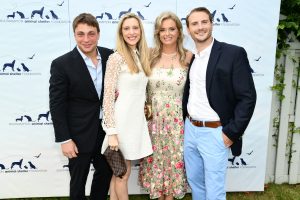 The Foundation is unique on the East End, taking in animals from all seven villages and 16 hamlets in the Township. With its “open admissions” policy, it accepts all animals – no matter what physical or behavioral condition, or special needs, no matter what medical condition, no matter what age. The shelter also takes in animals from neighboring towns. Shelter services are broad-based. It provides low-cost, mobile veterinary services throughout the region. Plus, it conducts educational classes in local schools on humane animal care.

The Southampton Animal Shelter is the true “community” shelter on the East End. Most significantly, the shelter’s Medical Services and the Behavior & Training program are unsurpassed. These, along with the professionalism and “match-making skills” of the Adoption Department, are the key to the shelter’s extraordinary adoption rate of 96%. Shelter staff, and its fabulous volunteers, make sure that no animal is left behind! 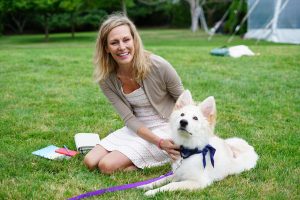 About the Southampton Animal Shelter Foundation:

Southampton Animal Shelter Foundation is a 501(c)(3) non-profit organization dedicated to providing for the welfare of homeless pets in our community. The SASF’s mission is to provide for the welfare of animals and to reduce the number of homeless pets. They promote and nourish the bond between people and animals through adoption, education and community outreach. The no-kill shelter is nationally recognized and has an adoption rate of 96%. In 2017, SASF adopted out 867 pets into forever homes and reunited 338 stray animals with their original owners. All staff and volunteers adhere to the policy where “no animal is left behind.” To learn more, please visit their website www.southamptonanimalshelter.com.