By Christine Schott Ledes December 16, 2019 in Featured Events No Comments 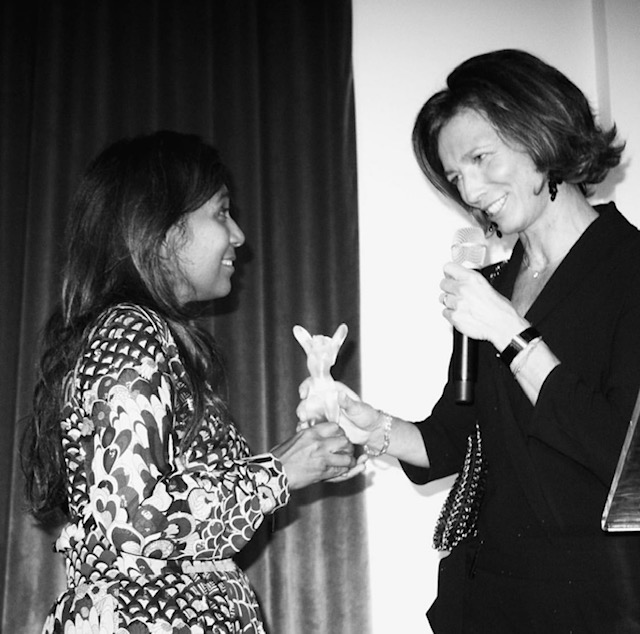 The 2019 Prix François Coty was awarded at the Château de Longchamp on Thursday, November 28, 2019. 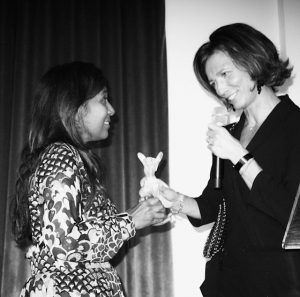 The 2019 PRIX FRANÇOIS COTY WINNER was Shyamala Maisondieu from Givaudan, who was rewarded for all her creations and outstanding achievements. Emilie Coppermann, from of Symrise and Prix François Coty winner in 2018, presented the Lalique trophy La Vitesse to Maisondieu.

The 2019 PRIX D’HONNEUR was awarded to Michel Almairac from Robertet. The Prix d’honneur rewards a perfumer-creator whose career has contributed to enriching olfactory creation. Christine Nagel and Annick Menardo –who both were trained by Almairac, presented him with the Lalique trophy Cheval Longchamp. 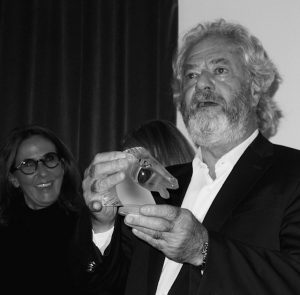 Created in 2000 (put on standby in 2006 and relaunched in 2017), the association’s mission, presided by Véronique Coty, is to make known and perpetuate the work of François Coty – perfumer of genius and great Corsican industrialist, whose olfactory creations constitute the origins of modern perfumery. The association leads two main actions, one with the public, the other at the heart of the perfume world. The aim is to exhibit its collection of around 500 pieces of François Coty creations to the public on an international scale.The Prix François Coty spotlights perfumers who, with their subtle creations, also have their part to play in developing consumer expertise and olfactory awareness.

The Prix François Coty rewards a perfumer for his or her career. A jury of experts elects the award winner who submits three perfumes. These perfumes along with those of the other nominees are judged blindly.

On November 7, the jury met to select the winner who would be awarded the Lalique Trophy La Vitesse during the event. In the presence of a bailif, the jury voted according to a list of well-defined criteria, where expertise, elegance and originality distinguishes an audacious and coherent olfactory universe. The winner is rewarded for a modern signature in tribute to François Coty’s creations.

This year, the François Coty Association also attributed an Award of honor to a perfumer unanimously recognized by his peers, for his contribution to diversity and progress in olfactory creation. He received the Lalique Cheval Longchamp. The Lalique trophies given to the winners were designed by René Lalique in 1925 who originally made these radiator hood caps to ornament luxury cars. Of all the mascots created at that time, the most audacious, the most rare and therefore, the most sought-after, were those by René Lalique.

The association has rewarded such great names from the fragrance world as Jean Guichard, Sophie Labbé, Christine Nagel, Francis Kurdjian, Maurice Roucel, and most recently, Emilie Coppermann in 2018. In 2010, the award was put on standby and relaunched at the Château d’Artigny last year. 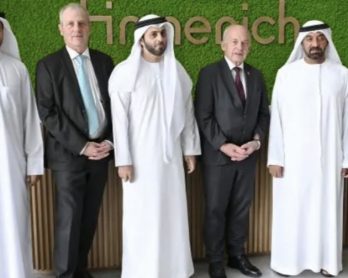 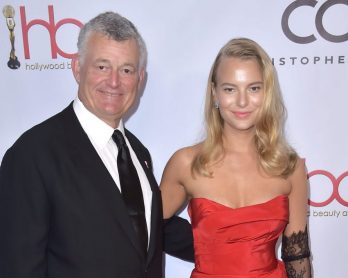 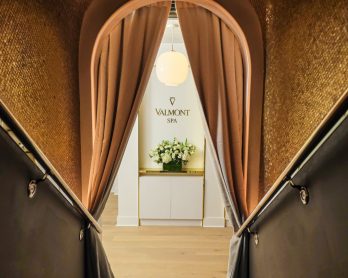 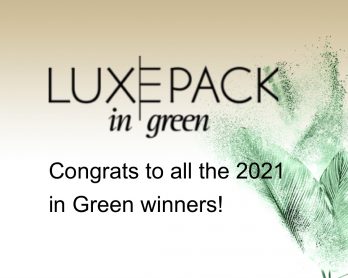