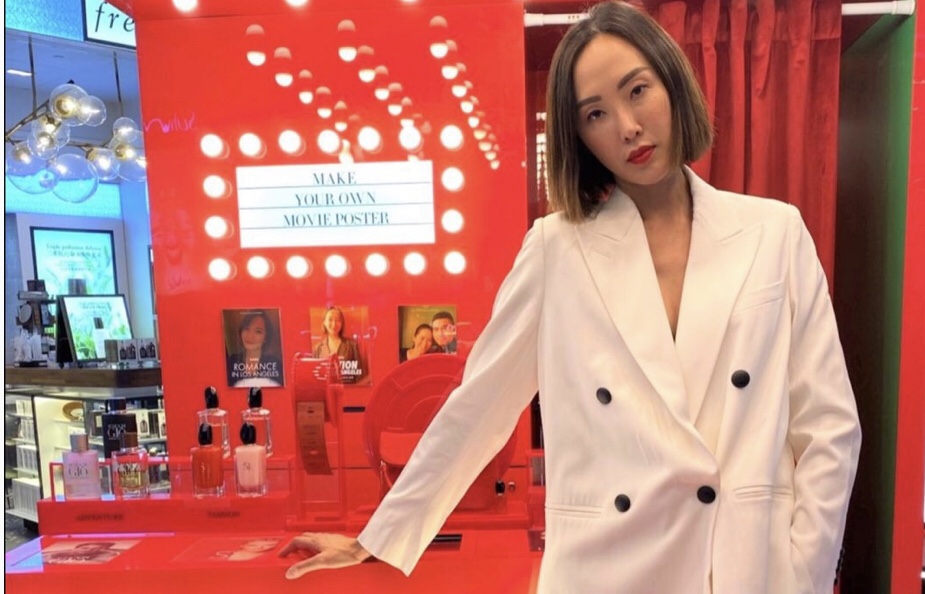 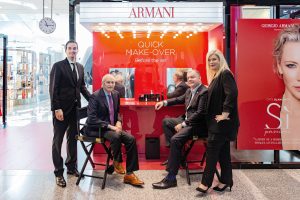 The Armani World Cinema Tour embraced the true spirit of the global traveler with the participation in one of the most prestigious International Film Festival, two Pop Ups and the endorsement of three International Influencers. 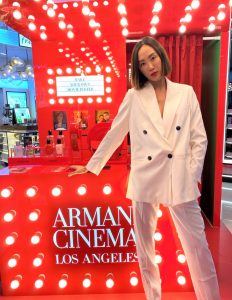 The Armani Cinema concept projects Mr. Armani‘s love for Hollywood by featuring the brand’s star products in a movie theatre setting, bringing a multi-sensorial, playful and immersive experience to the busy yet sophisticated traveler. The high-impact pop-up was dressed in the signature Armani red hue and featured a gleaming Hollywood marquee while a red carpet led the way to the Fragrance and Makeup discovery table.

Upon receiving a movie ticket, itinerants were invited to discover the red carpet treatment through a personalized make-up consultation from Armani’s Face Designer, create their own movie posters in a photo booth circa old-school American cinemas and customize their beauty essentials with personalized engraving.

Intended travelers flying through LAX and Toronto were connected prior to their trip in several online touchpoints, ensuring a 360 Armani Cinema experience through special offer redemption, social media ads and KOL endorsements. Awareness was driven for each targeted nationality; Chinese, Americans and Canadians; through a tailor-made media campaign to maximize affinity and relevance per travelers’ nationality. For the first time, Armani Travel Retail Americas created a KOL strategy focusing on not only Chinese but also Americans and Canadians travelers. Consequently, American influencer Chriselle Lim embarked on the journey from LAX while Canadian influencer Cher Bai on-boarded on the Cinema spirit through Toronto. Lastly, Chinese influencer Iris Daily’s followers were on the front-row of the Armani World Cinema Tour from Beijing – Venice – LAX – Toronto. 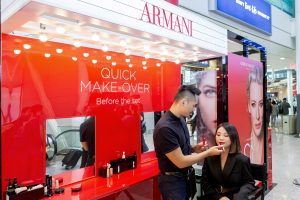 A celebratory launch event was held on October 11 for the inauguration of Armani Cinema Toronto Pop Up. It was attended by Canadian Influencer Cher Bai, Chinese influencer Iris Daily as well as representatives from Armani Beauty, Duty Free Dufry and Toronto Pearson Airport management.

L’Oréal Travel Retail Americas CEO Yannick Raynaud said: “We are delighted to introduce the fabulous “Armani Cinema” experience to the travelers of Toronto Pearson. Much more than a pop up, this is a celebration of the first Trinity partnership done between the Airport of Toronto, Dufry and L’OREAL, where we leverage each other assets and expertise, to create a superior experience for the traveler and increase the value chain for all.”

The Armani Cinema concept has been on a blockbuster tour across the Americas, launched in several key airports. These include Rio de Janeiro (June 2019), Buenos Aires (June 2019), Montreal (July 2019) and Santiago de Chile (June 2019). Giorgio Armani Travel Retail Americas General Manager Mauricio Padilla said: “Armani Cinema has already been a game changer in Dufry South America where we achieved historical results with the highest market share in Dufry, and highest market share for the brand in 3 years”

DANIELLE LAUDER CELEBRATES THE LAUNCH OF HER OWN MAKEUP COLLECTION: ACT IV 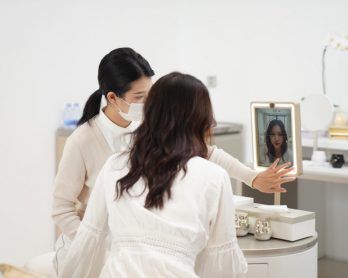 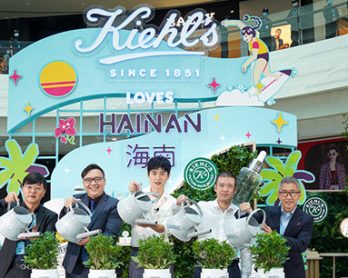 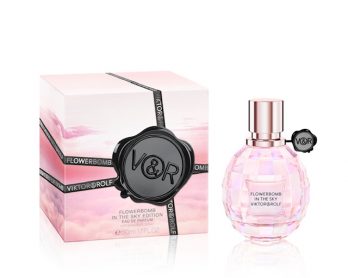