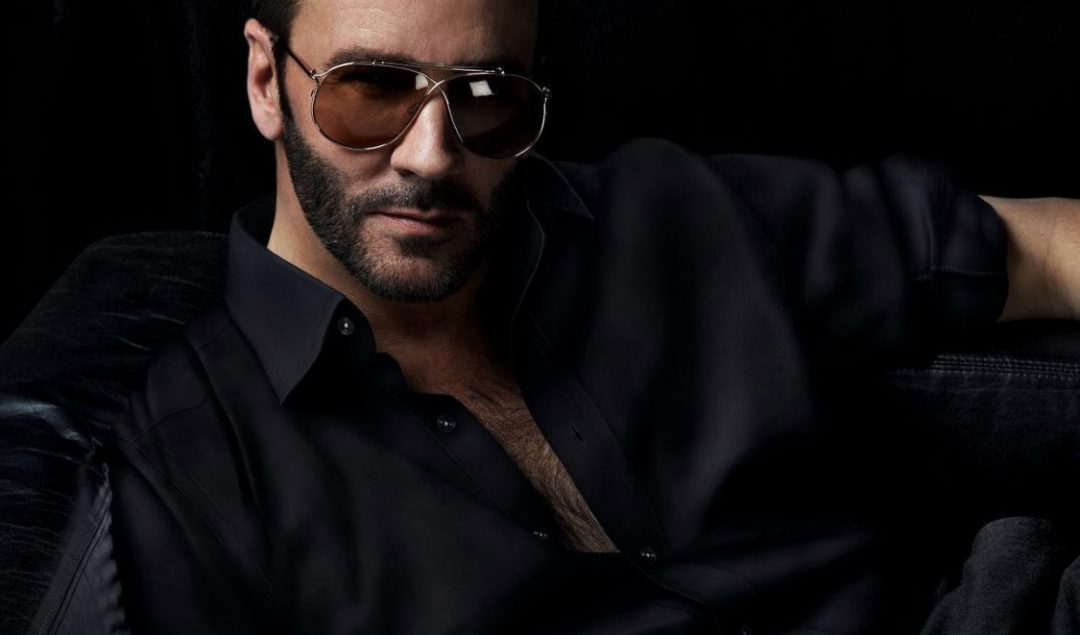 The deal values the total enterprise at $2.8 billion. The amount to be paid by ELC for the acquisition is approximately $2.3 billion, net of a $250 million payment to ELC at closing from Marcolin S.p.A. (“Marcolin”). ELC expects to fund this transaction through a combination of cash, debt and $300 million in deferred payments to the sellers that become due beginning in July 2025.

ELC’s benefits include securing the long-term cash flow from owning the fast-growing TOM FORD BEAUTY brand beyond the existing license expiration in 2030 and the elimination of royalty payments on beauty upon closing, as well as new licensing revenue streams and other anticipated synergies. These synergies include creative oversight, increased speed and agility, and opportunities for further online penetration. ELC expects this transaction to be dilutive to adjusted diluted earnings per share (“EPS”) 1 in fiscal 2023 by ($0.05) to ($0.15), primarily from one time acquisition-related costs. For fiscal 2024, the transaction is anticipated to be roughly neutral to adjusted diluted EPS. The acquisition is subject to certain conditions, including regulatory approvals, and is expected to close in the first half of calendar 2023.

Under the agreement, Tom Ford, Founder and CEO of Tom Ford International, will continue to serve as the brand’s creative visionary after closing and through the end of calendar 2023. Domenico De Sole, Chairman of Tom Ford International, will stay on as a consultant until that same time.
The deal will extend and expand the TOM FORD brand’s longstanding relationship with Ermenegildo Zegna N.V. (NYSE: ZGN) (“Zegna”, or “Zegna Group”) to include a long-term license for all men’s and women’s fashion as well as accessories and underwear. As part of this transaction, Zegna will acquire operations of the TOM FORD fashion business necessary to perform its obligations as licensee. ELC and Zegna will align closely on the creative direction to continue building on the luxury positioning of the TOM FORD brand.

The brand’s current license with Marcolin, one of the leading global eyewear manufacturers, known for its superior craftsmanship and quality will also be substantially extended.

TOM FORD BEAUTY, first introduced by ELC in 2006, is an iconic luxury beauty brand with a highly differentiated collection of fragrance, makeup, and skin care that reflects Tom Ford’s singular vision of modern glamour, crafted with ultimate quality. Established with an initial luxury fragrance, TOM FORD BEAUTY has since grown into one of the most successful and aspirational beauty brands in the world.

“We are incredibly proud of the success TOM FORD BEAUTY has achieved in luxury fragrance and makeup and its dedication to creating desirable, high-quality products for discerning consumers around the world,” said Fabrizio Freda, President and Chief Executive Officer, The Estée Lauder Companies. “As an owned brand, this strategic acquisition will unlock new opportunities and fortify our growth plans for TOM FORD BEAUTY. It will also further help to propel our momentum in the promising category of luxury beauty for the long-term, while reaffirming our commitment to being the leading pure player in global prestige beauty.”

TOM FORD BEAUTY is strongly positioned in the luxury fragrance and makeup categories, areas that are expected to outperform industry growth over the coming years. This strategic acquisition supports the next level of growth for TOM FORD BEAUTY in key markets for luxury and online channels globally. The brand has delivered impressive success, including growing strong double-digit net sales on a compound annual basis from fiscal years 2012 through 2022. In ELC’s fiscal year ended June 30, 2022, TOM FORD BEAUTY achieved nearly 25% net sales growth as compared to the prior year, and over the next couple of years, we expect that the brand will achieve annual net sales of one billion dollars. The brand continues to have strong momentum across channels and key markets resulting in a prestige fragrance ranking in the top 15 in the United States and top 10 in China. The brand has received over twenty awards from The Fragrance Foundation.

Tom Ford stated, “I could not be happier with this acquisition as The Estée Lauder Companies is the ideal home for the brand. They have been an extraordinary partner from the first day of my creation of the company and I am thrilled to see them become the luxury stewards in this next chapter of the TOM FORD brand. Ermenegildo Zegna and Marcolin have been spectacular long-standing partners as well and I am happy to see the preservation of the great relationship that we have built over the past 16 years. With their full commitment, I trust they will continue the brand’s future as a luxury company that strives to produce only the highest quality fashion and eyewear.”

Domenico De Sole, co-founder and Chairman of TOM FORD INTERNATIONAL said, “I am delighted with this acquisition. I view The Estée Lauder Companies, the first partner in our TOM FORD journey, as the trusted party to continue the extraordinary legacy of the TOM FORD brand. I thank Tom for his magnificent vision and leadership, and our amazingly talented TOM FORD team for their hard work and commitment to the brand.”

“We are honored that Tom Ford has been part of our ELC family for more than fifteen years, from our first collaboration with the Estée Lauder brand to the launch of TOM FORD BEAUTY and through its most recent successes,” said William P. Lauder, Executive Chairman, The Estée Lauder Companies. “ELC and TOM FORD share a deep appreciation for luxury, creativity, entrepreneurial spirit, and a commitment to excellence, and above all, the extraordinary talent that fuels our businesses.”

“We are committed to driving the continued success of TOM FORD BEAUTY, and this exciting acquisition strategically positions us for future growth,” said Guillaume Jesel, President, Luxury Business Development, The Estée Lauder Companies. “Tom Ford is a true visionary and the ultimate architect of luxury. Together with the legendary Domenico De Sole, they have created a remarkable new world of luxury. It is an honor to continue to lead the brand and the exceptionally talented team, and manifest Tom Ford’s extraordinary vision of luxury beauty and beyond.”

“We have been partners and shareholders of the TOM FORD fashion business since its inception. This transaction is the first since our listing in December 2021, and confirms our commitment to leverage our platform to create value for all of our stakeholders,” said Ermenegildo “Gildo” Zegna, CEO of Ermenegildo Zegna Group. “We have been so inspired by the incredible talent at TOM FORD and are delighted to embark on this powerful and enriching relationship with The Estée Lauder Companies.”

“It has been an incredible journey over the last two decades to establish the TOM FORD eyewear business among the global leaders of unparalleled quality and style. We are thrilled to work with The Estée Lauder Companies with our exclusive and perpetual license for the brand, which will allow us to further support the growth of this amazing brand,” said Fabrizio Curci, Chief Executive Officer of Marcolin S.p.A.

“Tom Ford, Domenico De Sole and their best-in-class team have established one of the world’s most innovative global luxury brands and we are excited to build its vibrant future,” Mr. Freda continued. “Zegna and Marcolin are the ideal long-term licensees for TOM FORD fashion and eyewear. We are thrilled to have the continuity they bring to the brand and their steadfast dedication to quality, luxury and craftsmanship will help us to carry this brand into the future.”

About The Estée Lauder Companies Inc.

In April 2005, Tom Ford announced the creation of the TOM FORD brand. Ford was joined in this venture by former Gucci Group President and Chief Executive Officer Domenico De Sole, who serves as Chairman of the company. In that same year, Ford announced his partnership with Marcolin Group to produce and distribute optical frames and sunglasses, as well as a partnership with Estée Lauder to create the TOM FORD beauty brand. In April 2007, Ford’s first directly owned flagship store opened in New York on Madison Avenue which coincided with the debut of the TOM FORD menswear and accessory collections. In September 2010, during an intimate presentation at his Madison Avenue flagship, Ford presented his highly-anticipated womenswear collection. In February 2018, Ford debuted TOM FORD timepieces and the much anticipated underwear collection for the first time on the runway. Today, the brand offers a complete collection of menswear, womenswear, accessories, eyewear, beauty and most recently underwear and timepieces. Presently there are over 100 freestanding TOM FORD stores and shop-in-shops in locations such as: London, Milan, New York, Beverly Hills, Miami, Las Vegas, Tokyo, Osaka, Seoul, Montreal, Toronto, Hong Kong, Shanghai, Beijing, New Delhi, Xian, Doha, Kuwait City, Riyadh and Sydney.

Founded in 1910 in Trivero, Italy by Ermenegildo Zegna, the Zegna Group designs, creates, and distributes luxury menswear and accessories under the Zegna brand, as well as womenswear, menswear and accessories under the Thom Browne brand. Through its Luxury Textile Laboratory Platform – which works to preserve artisanal mills producing the finest Italian fabrics –the Zegna Group manufactures and distributes the highest quality fabrics and textiles. Group products are sold through over 500 stores in 80 countries around the world, of which 299 are directly operated by the Group as of September 30, 2022 (242 Zegna stores and 57 Thom Browne stores). Over the decades, Zegna Group has charted Our Road: a unique path that winds itself through era-defining milestones that have seen the Group grow from a producer of superior wool fabric to a global luxury group. Our Road has led us to New York, where the Group has been listed on the New York Stock Exchange since December 20, 2021. And while we continue to progress on Our Road to tomorrow, we remain committed to upholding our founder’s legacy – one that is based upon the principle that a business’s activities should help the environment. Today, the Zegna Group is creating a lifestyle that marches to the rhythm of modern times while continuing to nurture bonds with the natural world and with our communities that create a better present and future.

The forward-looking statements in this press release, including those in the quoted remarks and those relating to the closing of the transactions and benefits and other expectations for TOM FORD and TOM FORD BEAUTY involve risks and uncertainties. Factors that could cause actual results to differ from those forward-looking statements include current economic and other conditions, including volatility, in the global marketplace, actions by retailers, suppliers and consumers, competition, the transition and ongoing success of the collaborative relationship of the parties, contingencies set forth in the various transaction agreements, the abilities to implement the forward business plans, and those risk factors described in ELC’s annual report on Form 10-K for the year ended June 30, 2022.

1 Adjusted diluted earnings per share excludes restructuring and other charges. 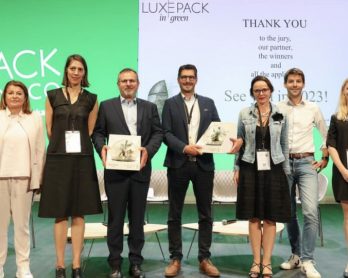 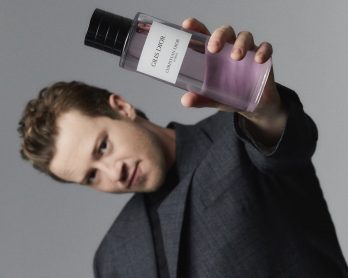 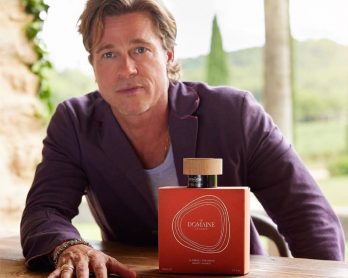 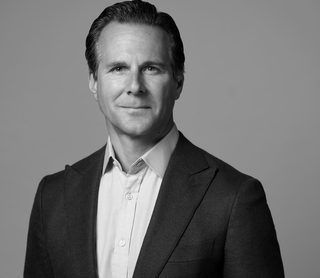