By Christine Schott Ledes July 7, 2019 in Featured Events No Comments 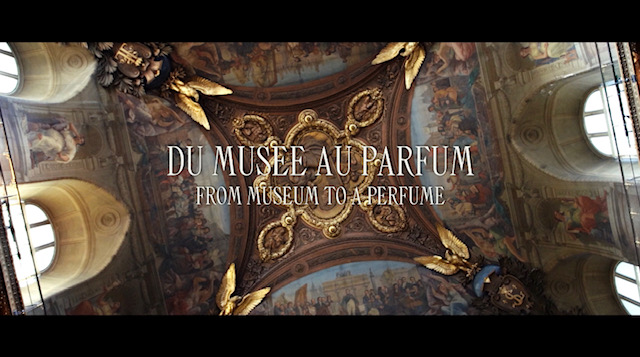 Cosmopack NA Presents First Factory ActivationJane Lauder Honored at Art of Packaging Award Gala to Benefit Pratt InstituteRobertet Hosts Private Tour of CAMP: Notes on Fashion at The Met
L’Officine Universelle Buly and the Louvre Museum have invited the great French “noses” from famous perfume houses to design an exceptional collection. All were presented with a fascinating challenge: to imagine and create, for the first time in the history of French perfumery, the scent of a universal masterpiece of painting and sculpture to give it life through perfume. This original range will be presented in the ephemeral shop of the museum, nestled on the lower floor of the Pyramid, alley of the Grand Louvre.
From July 3, 2019 to January 6, 2020, the Buly Universal Officine invests this space in the manner of a cabinet of life-size curiosities, in an original setting.Eight masterpieces, eight iconic scents
The Louvre Museum was created for artists. It is a living place, of inspiration for today’s creators. This collaboration with L’Officine Universelle Buly, by confronting the scents and the works, allows to valorize the collections of the museum while causing new meetings between the works and the public, stated Adel Ziane, Director of External Relations at the Louvre Museum
I have a special relationship with the Louvre. It’s part of my daily landscape. Everything I see, I see it in smell. I have always wanted to put this olfactory synesthesia at the service of great works, said Ramdane Touhami, co-director of Buly Universal Officine
And, this project is a rare privilege for Parisians as we are. What do works feel beyond their subjects? This collaboration is our answer, said Victory of Taillac, co-director of the Buly Universal Officine
The Bather of Jean-Auguste-Dominique Ingres interpreted by Daniela Andrier (Givaudan)

Pensioner in Rome, Ingres sent to the Academy of Paris this study of life-size nude to testify to his progress: devoid of narrative context, without face or rigor anatomical, this poetic and delicate picture disconcerted. The artist was very attached to this motif that he reused later.

The perfumed interpretation: peel of Lemongrass Java tempered Neroli. The freshness of lavandin and orange blossom binds in a bouquet of iris, incense and patchouli.

My scent evokes not this woman, but this picture in its entirety. Because the bather is back, it’s not a precise woman, but all women. This nudity is voluptuous, neither indecent nor unwrapped. Grace until the moment of the bath with this turban. Fresh linen with an odor on which she sits. Water with this tap … all these pictorial evocations are extremely olfactory.

This double portrait of a couple engaged in a conversation is a remarkable example of the typical English kind of conversation piece. The artist and his wife are represented with the elegant clothes and attitudes of the most privileged classes.

The perfumed interpretation: floral round of peppermint, bergamot and essence of rose.

I liked this painting, it’s a rather tender scene, in a bucolic setting, a graceful canvas. The park, fairly dense vegetation, with this rose and this environment borrowing freshness. Unopened roses, but in petals. This lady, appearing there, is delicately scented.

The monument of the Victory of Samothrace date of the Hellenistic period (3 th -1 stcentury BC BC). Greek sculptors then stand out from the classical tradition and change their way of conceiving sculptures taking into account the three-dimensional space in which they integrate. Thus, in Samothrace, it is not from the front but from three quarters to the left that one could really appreciate the composition of the monument, consisting of a monumental base shaped like a ship on which the goddess Nike (Victory ). It is for this three-quarter view that the broad stride of the goddess expressing the force of her movement, the unfolding of the wings to the rear or the sophisticated arrangement of the draperies were conceived.

The perfumed interpretation: the depth of myrrh is surrounded by bergamot and jasmine essence. Magnolia and rose bind gently to the tuberose.

Olfactivement this work represents a floral bouquet, composed of Mediterranean flowers (jasmine, orange blossom, rose, magnolia), without forgetting a marine and salty side because, this woman is on a rump of boat (wood and myrrh). It is powerful by its drape, this feminine force, Greece, wings, soaring to a 7 th heaven .

One of the highlights of the 1845 Salon, the Scorpion Nymphwas developed several years ago. But it is difficult to give an exact date to this creation. A solid analysis of the elasticity of a female body, enhanced by the extreme delicacy of marble work in perfect condition, is here animated by a pure face with Tuscan graphics. The scorpion appears clearly on the terrace and the naked girl touches her foot at the location of the sting. This gesture and the very slight opening of the mouth are the only manifestations of Bartolini’s pain.

The perfumed interpretation: quintessence of jasmine and heliotrope with notes of musky and almond notes.

I immediately thought of a white tree, smooth polished, with illustrations, aldehyde notes (tangerine, with youthful connotations), metal notes (coriander) and large musk for his nymph youth. To simulate the poison of the scorpion, I used bitter almond, hydrocyanic side, which gives a subtle toxic side.

The Tower illuminates the scene by candlelight, emphasizing the intimacy and sweetness of the moment it represents. The light brings out Joseph’s wrinkles, glowing fingers and radiating Jesus’ childlike face, thus evoking his divine nature.

I immediately knew what I wanted to reproduce in smell in front of this painting. I wanted both to create a very woody scent, warm to reproduce the dark side and at the same time this innocence as a vibration to reproduce this incredible light. I really wanted this perfume to be contrasted as the paint can be, with a warm, amber effect and a more mellow note .

Discovered in April 1820 in Melos (or Milo) in the archipelago of Cyclades in Greece, this statue would represent Aphrodite, goddess of Love that the Romans called Venus. A masterpiece of Greek marble sculpture by an anonymous sculptor, the Venus de Milo is dated to around 120 BC. The loss of the arms and the absence of distinctive elements do not allow to be certain of the identity of the goddess represented: it could also be Amphitrite, goddess of the sea, particularly venerated at Milo.

The perfumed interpretation: intense scent of mandarin linked to the delicacy of jasmine. An intoxicating load of amber and woody notes.

I imagined Venus as a floral fragrance. It is a eulogy of femininity. She represents the goddess of love. His female body is voluntarily put forward. On one side a bouquet of floral notes and at the same time, it is marble: cold matter, hieratic pause, no expression of face. So I tried to recreate this feeling in perfume with an amber, woody, modern structure .

This life-size nude is the imaginary representation of the slave of an Ottoman sultan. With her serene attitude and velvety skin, she is the heiress of the Venus painted in the Renaissance in Venice. Ingres dedicates his care to the purity of the lines, emancipating himself from all anatomical truth.

La Grande Odalisque symbolizes all beauty, all aesthetics. There is both this skin that we see because it is completely naked and all these very rich, very heavy fabrics. All this Orientalism which is very subjective .

Simple genre scene in the saucy spirit of the time of King Louis XV (1715-1774) or moralizing storyboard? The painting represents secular love, opposed to the sacred love of its counterpart. Its smooth bill and the use of a powerful chiaroscuro mark a turning point in the style of Fragonard.

What seemed interesting to me was this side” odor of the forbidden,  a little scandal, at the edge of the sulphurous. It entails a whole bunch of associations of ideas that olfactorily translate into lilies, apples and chestnuts. The lily was obvious with its very heady side, very hot. The flower of scandal: a feminine floral side and a spicy side . 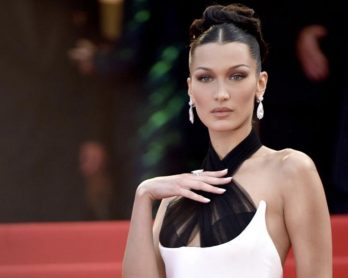 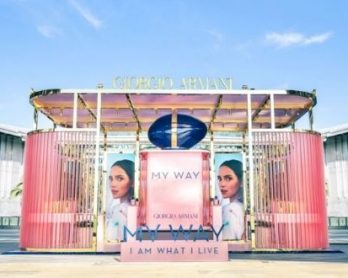 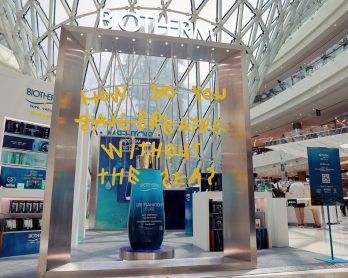 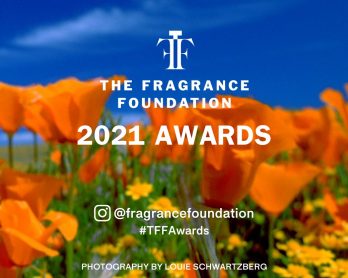