By Christine Schott Ledes December 21, 2020 in Spotlight No Comments 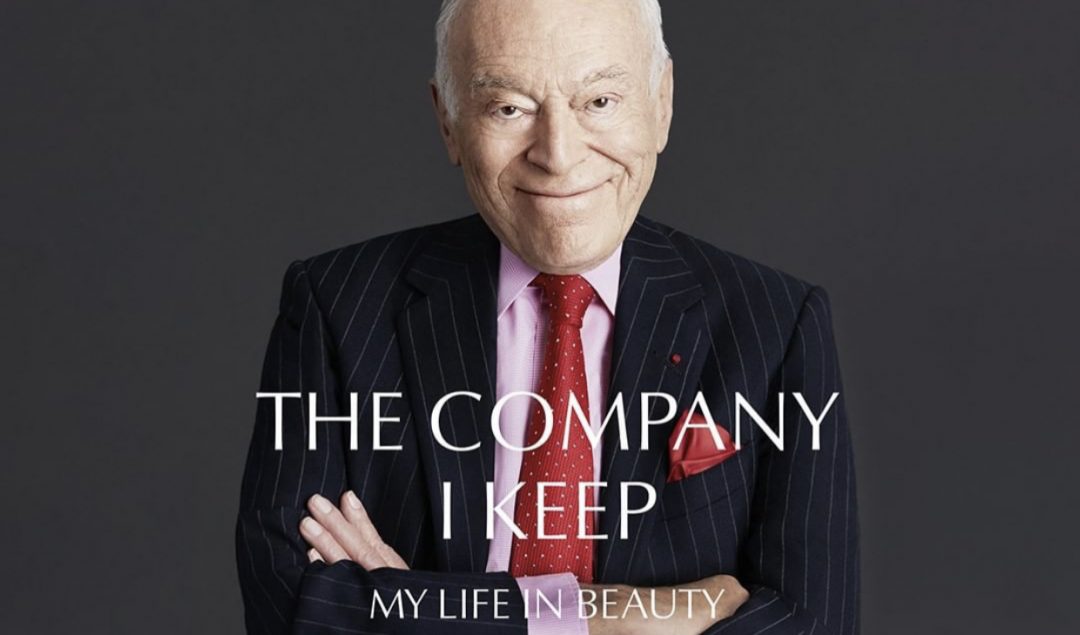 The Fragrance Foundation (TFF) ​hosted its first virtual ​Masterclass last week with more than 2,000 viewers in the global audience featuring ​Leonard A. Lauder​, Chairman Emeritus and former CEO of The Estée Lauder Companies. The event was sponsored by The Estée Lauder Companies, Firmenich, Givaudan, and International Flavors and Fragrances, (IFF). Timing of this TFF hallmark event was based on the recent release of Mr. Lauder’s memoir, ​The Company I Keep: My Life in Beauty​. All proceeds from the book sales will be donated to charity.

In his memoir, Leonard Lauder shares the business and life lessons he learned as well as the adventures he had while helping transform the small business his mother founded in 1946 in the family kitchen into the beloved brand and ultimately into the iconic global prestige beauty company it is today. In this captivating personal account complete with great stories as only he can tell, Mr. Lauder, now known as The Estée Lauder Companies’ “Chief Teaching Officer,” reflects on his childhood, growing up during the Great Depression, the vibrant decades of the post-World War II boom, and his work growing the company into the beauty powerhouse it is today. Lauder pays loving tribute to his mother Estée Lauder, the company’s eponymous founder, and to its employees both past and present, while sharing inside stories about the company, including tales of cutthroat rivalry with Charles Revson of Revlon and others. The book offers keen insights on honing ambition, leveraging success, learning from mistakes, and growing an international company in an age of economic turbulence, uncertainty, and fierce competition.

Fragrance Foundation President ​Linda G. Levy sat down with Mr. Lauder for a wide-ranging discussion about leadership, life lessons, family and—of course—fragrance. Incorporating questions from TFF Notables as well as from industry executives who have worked closely with Mr. Lauder over the years, the conversation spans his extraordinary life, from the role he played in building The Estée Lauder Companies into the global powerhouse it is today to the challenges and triumphs of navigating an ever-changing fragrance market.

“It was truly an iconic Masterclass with Leonard Lauder,” said Levy. “The fragrance community’s connection, as well as our personal history together, made the discussion heartfelt as well as educational. It was evident why Mr. Lauder is known as The Estée Lauder Companies’ “Chief Teaching Officer” as he shared his leadership lessons with us.”

Some of the wonderful lessons Lauder shared in the book –and in this discussion, include, “Open up your ears to what other people are saying to you. If you can do that on a regular basis, I promise you, you will always win. That’s a guarantee!”

He also shared the importance of listening to one’s core consumer. “There’s always a woman who has a different way of looking at things. Pay attention to her and listen to her,” he said, adding that one of the lessons in his book is to never make a business decision without a woman at the table.

On early memories of his mother, Estée Lauder, he said, “I first saw my mother in action while sitting in a high chair.” And, “What I learned from those early years with her is the idea of dedication. If you want to make it, you have to keep your eye on the future and keep going.”

Referencing the immediate success of Estée Lauder’s first fragrance, Youth Dew, Lauder noted how “Fragrance goes back thousands of years, and it will continue for thousands of years because fragrance is tied in completely with human instinct,” he said. “It’s your natural way of sensing where you are.”

And about his philosophy on hiring employees, Lauder shared, “I made it a point to only hire people who had more talent than I did,” he said. “Don’t be threatened by them, embrace them.”

The webinar was recorded and can be replayed on The Fragrance Foundation’s website www.fragrance.org​

Mr. Lauder’s memoir, The Company I Keep: My Life in Beauty (Harper Collins) is available on amazon.com

All proceeds from the book sales will be donated to charity. 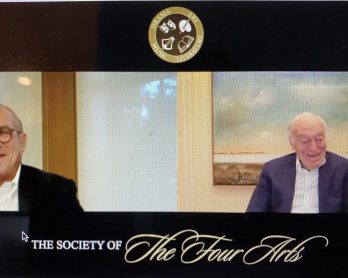 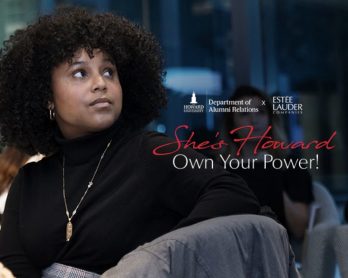 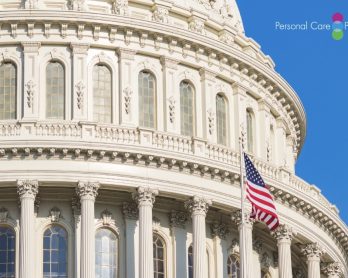